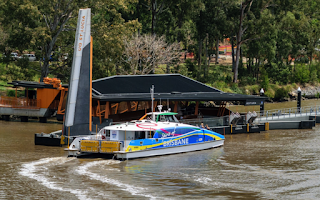 Brisbane City Council are running a "design a CityCat" competition. The link is below:
http://www.brisbane.qld.gov.au/whats-brisbane/team-brisbane/team-brisbane/citycat-design-competition-its-wrap
Before you get excited about designing a double deck CityCat with spa bath, it's not quite design a CityCat, more design the annoying wrap on the exterior that stops people than getting a good view out of the windows. With Brisbane's sporting teams now being plastered all over the CityCats, it is time for a "Team Brisbane" themed CityCat wrap that shows off aspects of Brisbane.

Here are a few of BrizCommuter's ideas for the CityCat design:


Do you think these will win? If you have any better ideas, add a comment, or better still enter the competition.
Posted by BrizCommuter at 8:44 PM 1 comment: 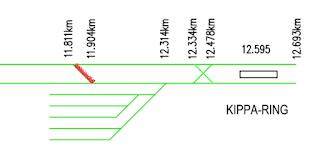