1 Year of Rail Fail, No End in Sight!

Today is the 1st birthday of Queensland Rail's (QR) Rail Fail (#RailFail), with the first wave of mass service cancellations occurring on 30th September 2016, a few days ahead of the opening of the Redcliffe Peninsula Line. 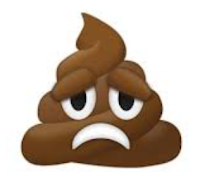 This is the first that BrizCommuter was aware that more than half of the supposedly toilet equipped NGR trains will now not have toilets. When was this change made? Was it a cost saving exercise? Was it due to the toilets on the first batch of NGR trains being too small for wheelchairs? With urban train services to Cleveland, Beenleigh, Caboolture, Ipswich, and Kippa-Ring having journeys times of approximately an hour from Brisbane's CBD, the lack of toilets is a disgrace. This will also reduce operational flexibility by having two classes of NGR, increasing the likelihood of non-toilet equipped NGR trains running on the longer distance services to Rosewood, Gold Coast, and Sunshine Coast. The lack of amenities for basic human requirements on trains, is yet another reason why the majority of SE Queenslanders avoid using Queensland Rail's train services, and prefer to use their car instead. BrizCommuter backs calls by Rail Back on Track for a Commission of Inquiry into the massively botched NGR project. It is also time that the DG of Transport and Main Roads - Neil Scales was "flushed down the toilet", having presided over so many project failures.
Posted by BrizCommuter at 1:57 PM 6 comments: 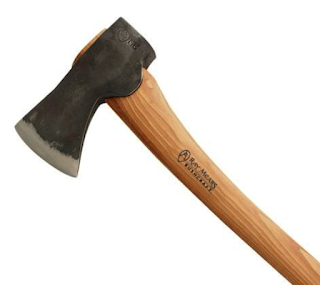 
As extra services will need to be run to and from the Gold Coast during the games, it has been pretty obvious for the last year, that due to lack of trains and drivers, services will have to be removed from train lines other than the Gold Coast Line. This will cause pain for regular commuters, and for those connecting with services to/from the Gold Coast for GC2018. Accountant firm Deloitte seem to have tasked to do the number crunching to decide which train lines will see services axed. The fact that QR hasn't done this itself is somewhat concerning of its capabilities. So which lines may see services axed?
With an election looking, it is highly unlikely for the GC2018 service cuts to be announced until after the new government has formed power. There is no question that many commuters are going to be very annoyed with the inevitable Gold Coast 2018 Commonwealth Games train service cuts, and that SE Queensland is going to look very stupid on the world stage.
Posted by BrizCommuter at 3:21 PM 6 comments:

Yesterday (Monday 18th September 2017), there were late night track closures through the CBD. TransLink advertised this closure as being from Corinda, Roma Street, Albion and Ferny Grove stations. BrizCommuter was travelling in from a late night Cleveland Line services, and planned to connect to a last bus from Roma Street, as based on TransLink's information trains were running to Roma Street. Right? Wrong!

Unfortunately, when the train arrived at Park Road, there was an announcement that the train terminated there, and passengers were to transfer to replacement buses to get to the CBD. This was the first time that the train passengers had been informed by the train guard of this service change. The extra time taken by the replacement bus to travel from Park Road to Roma Street, put onward bus and train connections into question. Thankfully, BrizCommuter just made his connection by seconds. Unfortunately, some of the other passengers forced onto the replacement bus were likely to miss onward bus connections (in one case the last bus of the night) and were furious at TransLink's information failure.

The fact that TransLink can't get basic information right, such as the terminus for replacement services, is just another example of the chronic public transport failure in Brisbane.

Rail Fail looks set to continue with Queensland Rail (QR) announcing yet more days of terrible hourly train services. TransLink and QR have announced that during the Spring School Holidays and Queen's Birthday Public Holiday, that they will again axe train services down to an hourly frequency on Sunday 17th September, Sunday 24th September, Sunday 1st October, and Monday 2nd October. Again, this means that Brisbane will have the worst train frequency in Oceania (Australia and New Zealand), even worse than Adelaide and Wellington (the latter only having 10% the population of Brisbane). Hourly service frequency is completely inadequate for the estimated 50,000 people who still have to use trains to get to work (including hospitality workers who have just suffered a pay cut), and for weekend shopping and events. This is likely to result in many workers being late into work, harming CBD businesses and decreasing event attendance. It is also causing severe repetitional damage to Brisbane.

Just to make things worse, there is a chance of Brisbane's Suncorp stadium hosting an NRL Finals Game. Whilst extra services will be run, many attendees (including those from interstate) will want to travel around QR's network during the day when hourly trains would be running. This will be quite a shock for those used to Sunday frequencies as good as every 10 minutes in Melbourne and every 15 minutes in Sydney and Perth.

On the good side, at least QR have kept the normal clock face timings of the remaining services so as to not break all bus connections.

The current state of Rail Fail (now into its 11th Month) is that:
BrizCommuter is very concerned. Expect more axed services during the Summer School Holidays, Easter, and of course during the Commonwealth Games. Due to the New Generation Rollingstock (NGR) disaster, Rail Fail, and the M1 being the M1, expect transport chaos during the Commonwealth Games! Just to make things worse, the October 2016 timetable might not be fully restored until October 2019!
Posted by BrizCommuter at 8:06 PM 1 comment: