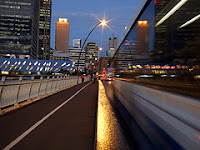 1) 30 minute midday service gaps, and hourly late night and Sunday am service gaps, at inner-city train stations such as Buranda, Windsor, Wilston, and Dutton Park. Perth, Melbourne, Sydney, and many European cities have 10-20 minute service gaps at similar locations on branched lines. The lack of off-peak utilisation of rail lines and rolling stock makes for inefficient use of assets and infrastructure. Having guards on trains is also an inefficient use of resources.

3) Some of the worlds highest public transport fares for journeys within Brisbane, with fare increases nearly 5 times the CPI, and 3 times the rate of public transport service improvements (which seem to mainly occur at the end of each financial year)! With high car ownership, it is cheaper for many commuters to drive to work.

6) Failure to extend the route 66 to RBWH for 7 months after the opening of the RBWH busway station was inexcusable. "World Class" public transport systems increase services at the same time as infrastructure openings. Even after the extension of the route 66, the demand often outstrips supply on the Inner Northern Busway, and many high frequency bus routes such as the 345 and 444.

7) The SE Busway is chronically congested between Buranda and Queen Street Bus Station, most notably at Cultural Centre. The Victoria Bridge is increasingly resembling a bus park in the pm peak. Note that busways are most commonly a "cheap" public transport solution in developing countries rather than developed.

8) Lack of open-ness, and frequent misleading information/spin by TransLink. E.g. expecting commuters to not notice phase 2 timetable delays till 2012, claiming fare increases were to help with flood recovery, failure to explain where the promised 80,000 train seats in the 2009/10 financial year went, failure to publish 2010 and 2011 QR passenger load survey, only 3 working days notice of consultation events, etc, etc.

10) Different bus routes to the same destination depart from different CBD and Fortitude Valley bus stops. Made worse by both point 9, and poor bus frequencies.

12) Poor access to train stations, caused by infrequent, or non-existent feeder bus services, and limited space car parks that fill up by as early as 7am. This causes many would be public transport users to drive to work instead. "World Class" public transport systems provide frequent rail feeder bus services and/or sufficient car parking spaces to cope with rising demand.

13) Public transport black-holes, even along some main roads. More high frequency bus routes required! In most European and Japanese cities you can get everywhere easily by frequent public transport.

14) FlexiLink. An infrequent taxi that has to be booked ahead is most definitely not "World Class" public transport. European and Japanese cities simply service less dense areas with smaller buses.

So by "World Class" benchmarks, Brisbane's public transport system fares rather badly. The lack of investment to improve frequencies and services, extortionate fare increases, unattractive fare structure, and a culture of spin instead of substance, makes it appear that the Queensland Government is actually trying to limit public transport patronage growth. For politicians to say that Brisbane has a "World Class" public transport system, just makes them appear increasingly out of touch, and at risk of misleading parliament.
Posted by BrizCommuter at 2:31 PM