Locked Out at Enoggera! 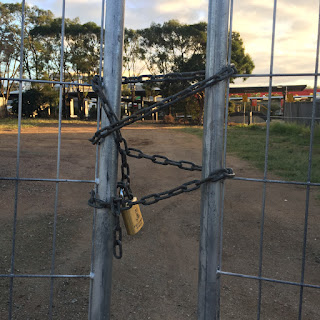 Some commuters at Enoggera train station had a bit of a shock last week when they found themselves locked out of their favourite parking spot. A plot of vacant private land near to the train station has become a popular parking spot, as the stations car park often fills up to capacity quite early in the am peak (along with most other Ferny Grove Line stations). After a few years of no activity, the owners of the land have finally got around to blocking off the land. With lots of displaced cars, this will add to pressure of street parking on streets around the train station, something that is sadly all too common in Brisbane. So what is the problem with car parking at Enoggera train station, and other train stations in Brisbane?

Not enough parking spaces - purveyors of bad city planning - Brisbane City Council, have banned the addition of station car parking within a set distance of Brisbane's CBD. Thus the demand outstrips supply, resulting in street parking chaos, and forcing many commuters to drive to work instead, adding to congestion on roads. 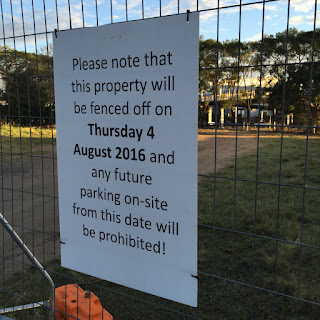 Not enough feeder buses - purveyors of bad transport planning - Brisbane City Council (starting to see a trend?) have resisted reforming the bus network. Thus rather than having buses feed the train network, the buses try and compete with the train network. Given that just one Ferny Grove Line train service has the same capacity as all of Brisbane Transport's competing bus routes in the am peak, it is obvious that passengers prefer to use the train when they have the choice.

White elephant bus interchange - as above, Enoggera has a large, and largely under-used bus interchange. Frequent feeder bus services from Northern suburbs (e.g. along Old Northern Road corridor) should feed into either Enoggera or Mitchelton bus interchanges. This would take considerable pressure of parking. This plan was knocked back by Brisbane City Council during TransLink's bus network review in 2013.

To conclude, the lack of feeder buses and station parking is causing a lot of pain for commuters and residents around train stations. Much of this is due to failed Brisbane City Council policies. It is time that Brisbane City Council are removed from transport planning.
Posted by BrizCommuter at 9:03 PM