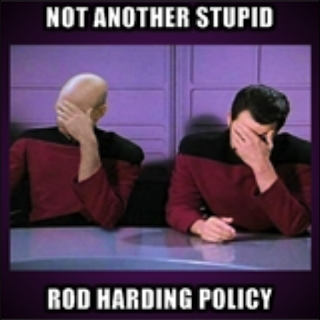 Rather than assisting with the more sensible objectives of building Cross River Rail, and bus network reform, both Brisbane mayoral election candidates (Lord Mayor Graham Quirk and Rod Harding) have recently come out with ill-though out infrastructure plans. Just when you thought it couldn't get more silly, Labor's candidate Rod Harding has come out with another clanger - Fare Free Friday. This would allow free travel on Brisbane City Council buses, ferries, and CityCats on Friday, with go card users not touching on and off. Whilst it may win a few votes from the un-informed, here are reasons why it is a poor idea:


Whilst BrizCommuter is no fan of Graham Quirk due to Brisbane City Councils' refusal to co-operate with TransLink's bus reforms, it seems that with policies like these, Rod Harding is climbing even higher up the hill of stupidity. His "fancy bus" tweets and comments when discussing rubber-tyred metros do not help his cause either.  This is more evidence that it is time for Brisbane City Council to be completely removed from anything to do with public transport.

Courier Mail article on Fare Free Friday:
http://www.couriermail.com.au/news/queensland/queensland-government/brisbane-lord-mayoral-candidate-launches-fare-free-friday-for-public-transport/news-story/47236e87cc66cf4e900d95da6aa550a0
Posted by BrizCommuter at 8:35 AM