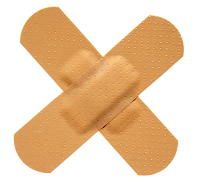 Brisbane's Lord Mayor Graham Quirk has just announced a belated band aid solution to the failure of successive governments and his own administration to connect the Legacy Way tunnel to the Inner City Bypass, to allow buses to access to CBD faster. Today, it was announced that Brisbane City Council plans to add extra lanes to the Inner City Bypass (ICB) between Legacy Way tunnel and the Exhibition Tunnel. Bus priority lanes will be added at the Herston off-ramp to avoid the queue of cars in the morning peak. A bus on-ramp will also be added at Herston.

Whilst this is a step in the right direction to allow buses to utilise the time saving of Legacy Way to better potential, the announcement is around 4 years too late. As buses will have to cross multiple lanes of ICB traffic to get between the Inner Northern Busway and Legacy Way, this plan may not help with traffic flow, and even increase the risk of accidents. If the connection between the Inner Northern Busway and Legacy Way had been built at the Kelvin Grove portal in time for the opening of Legacy Way, then lane changes could have been avoided.