As part of LNP Team Quirk's ludicrous and potentially economically damaging rubber-tyred "Brisbane Metro" proposal, we have the following examples of poor photoshopping: 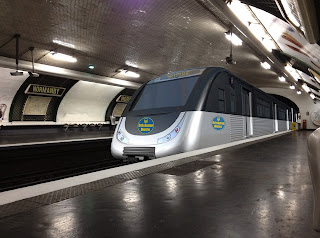 Exhibit 1: Normanby station. Currently, this busway station is partially open air, and partially under an existing concrete box structure. Team Quirk, and his LNP mates look like they will spend hundreds of millions of taxpayers money on turning it into a replica of a 100 year old Paris Metro station, complete with uneven platform, rats, and the smell of piss in the stairwells. Strange, that Team Quirk chose a photo of a 100 year old metro station instead of one of the shiny new driverless Line 14 stations. As in the artists impression, in order to confuse Brisbane commuters a Paris Metro map will be placed on the wall instead of a Brisbane high frequency public transport map. On second thoughts, the latter would be a bit "minimal" due to Graham Quirk's inefficient bus network. Lets keep the Paris Metro map then. 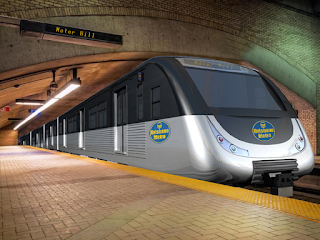 Exhibit 2: Mater Hill station. This is currently a surface busway station in a cutting, with a tunnel portal immediately at one end. In this case, Team Quirk appears to want to spend even more money in turning it into a replica of Georges-Vanier station in Quebec's Montreal Metro. Original photo here. BrizCommuter is concerned that those who live and work within a 1km radius of this station (including Mater Hospital, Lady Cilento Children's Hospital, and St Lawrences School) will forced to speak French. Zut alors! Also, this train has Mater Hill as a destination, which is odd as the proposed terminus is Wooloongabba, one stop further on. 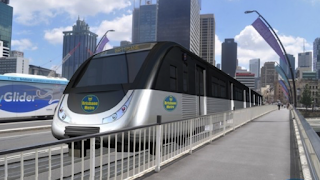 Exhibit 3: Victoria Bridge. Based on the previous two examples, BrizCommuter was half expecting a photo of a Metro Bridge in Paris such as the beautiful Pont de Bir Hakeim. However Team Quirk managed to use the the slightly more realistic, but boring Brisbane Victoria Bridge instead.  A low fence has been retained, to allow Brisbanites to easily climb onto the tracks during Riverfire to get an "electrifying" view of the fireworks. This train has Brisbane as the destination, somewhat amusing for a train that goes from Brisbane, to, er Brisbane.

Team Quirk have published very little detail on their "thought bubble" Metro idea, such as how they expect 15,000 passengers per hour to change from bus to metro, how Brisbane will manage with no busways for 6 years, and where the depot will be sited. Thus Brisbanites have thankfully been spared more terrible photoshopping. 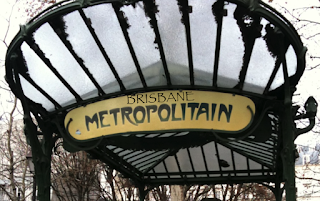 Posted by BrizCommuter at 2:29 PM