Are commuters being defrauded by TransLink? 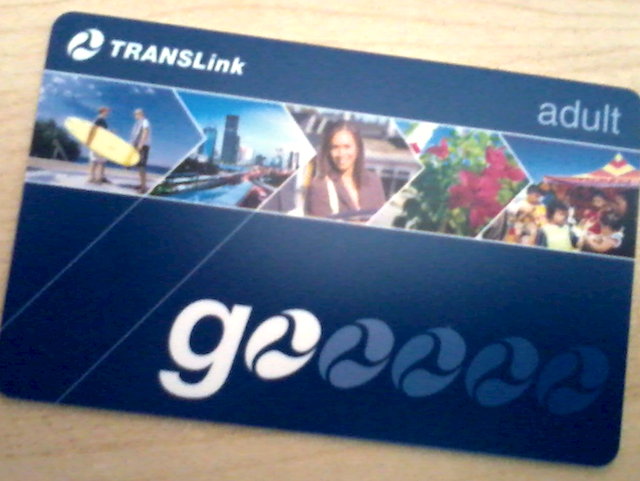 There have been reports on Rail Back on Track's forum of a bus driver accusing go card rorters of committing fraud. Taking advantage of the dumber than dumb "9 then free" go card fare policy is not fraud, as long as you use your own go card card, and only use one card per trip. However, BrizCommuter can see many examples where it could be argued that the commuters are being defrauded by TransLink, or in one case by Airtrain.

Paper tickets - It seems that TransLink are still quite happy to sell paper tickets despite the fact that they are approximately 30% more expensive than the already extortionately priced go card fares. TransLink do not seem to be making enough effort in trying to get passengers to use the lowest priced fare option - for example a promotional go card leaflet should be handed out with all paper tickets, and go cards should be able to be purchased on buses and from ticket machines.

Airtrain fare premium -If you travel to Brisbane Airport you are charged a significant sum ($16.50) to travel on Airtrains's tracks between Eagle Junction and Domestic or International stations. However, if you touch on at the start of your journey, and touch off at the Airport you are also charged a premium fare for the rest of your journey on Queensland Rail's tracks. Thus it is cheaper when travelling to the Airport to touch off and back on again at Eagle Junction. An example below using off-peak fares:

BrizCommuter suggests that Airtrain passengers should request a fare adjustment from TransLink for this unscrupulous Airtrain fare anomaly.

No automatic fixed fare adjustment - In London, the Oyster Card system is intelligent enough to correct fixed fares. For example if a commuter has a trip from A to B, and then B to A, but the touch off at B during the first journey failed, then the system will at the end of the day "guess" that the first journey was from A to B, and adjust the fare accordingly. London's Oyster Card is made by Cubic, who also make TransLink's go card equipment. Unfortunately, in SE Queensland, the go card system doesn't automatically correct fixed fares. Thus commuters given fixed fares due to the failure of Cubic's go card readers and fare gates have to manually claim for a fare adjustment. Unfair!

Brisbane Ekka holiday - On the Brisbane Ekka public holiday, a weekend off-peak train service is operated. But if you travel in weekday peak period times, you will be charged peak fares for an off-peak service.

Dubious fare boundaries - The route 77 does not stop in zone 1, travelling from Windsor to Buranda via the Clem 7 road tunnel. Despite this, TransLink charge a zone 1 fare for travelling 60m under zone 1. Hmm. Another anomaly if travelling from RCH Herston or RBWH to Northern Suburbs via Normanby. All of these busway stations are on the zone 1/2 border, which should avoid a zone 1 fare. However, QUT Kelvin Grove in between RCH Herston and Normanby is placed in zone 1, which results in commuters making this journey being charged a zone 1 fare. This is despite QUT Kelvin Grove being further away by road from the CBD than both RCH Herston and Normanby. Hmm, again!

So it seems that whilst SE Queenslander's are having to put up with some of the most expensive public transport fares in the world, that they are also:
Does anyone know a good class action lawyer?
Posted by BrizCommuter at 1:07 PM