Yet another go card fail 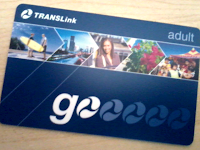 The go card 9 journey cap was recently implemented after an election promise, which allows for free public transport journeys after the 9th during a Monday to Sunday week. BrizCommuter was happy to see his 10th journey free on Friday morning. But on the journey home, the 11th journey of the week, BrizCommuter was charged for the second leg of the journey. The first leg was a bus journey, and the second leg was a train journey, with a 5 minute connection. No fixed fares have occurred during the week which could upset the journey count.

It is very disappointing to be charged extra, when the journey is supposed to be free. BrizCommuter is aware of this occurring to other users as well, one of which also had a bus to train connection during the journey. As with the rail replacement bus go card farce, this issue may put commuters in difficult situations if it forces them to run out of credit on their go card. It may also trigger a premature automatic top up. Then there is also the time consuming annoyance factor of having to claim to fixed fare due to yet another go card failure.

As it is likely that other public transport users have been hit by this glitch, BrizCommuter recommends go card users check their history since the 9 journey cap was introduced to see if this has occurred to them. BrizCommuter also expects nothing less than TransLink and Cubic investigating this issue, and automatically refunding commuters who have been affected by this glitch. To not automatically refund affected commuters could be interpreted as theft.
Posted by BrizCommuter at 4:33 PM