Brisbane has gone all LNP 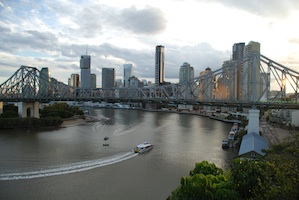 With Lord Mayor Graham Quirk winning the local council elections last weekend, both SE Queensland's local and state government are now dominated by the LNP. Although it is early days yet, what does this mean for commuters?

We will have to wait and see what the new political map brings to public transport users. As usual, BrizCommuter is not holding his breath for any good news.
Posted by BrizCommuter at 7:26 PM