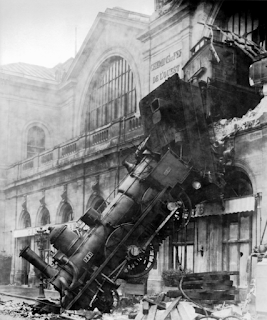 Can things get any worse for SE Queensland commuters? Commuters in Perth, Sydney, and Melbourne are enjoying summertime full peak services, and 15 minute off-peak services (or better) even on weekends - with standing off-peak observed loads even on Xmas day in Perth. In the meantime, Brisbane commuters are struggling to get to work and play with slashed peak services, half-hourly weekday off-peak, and hourly weekend services. The service (the worst of any rail system in Australia and New Zealand) is so appalling, that many regular commuters have taken to driving instead, with some trains almost deserted. Not since the days of diesel hauled train services in the 1970s, have Brisbanites had to endure such terrible train services. There have even been cases of passengers being stranded at Landsborough for hours on end due to failed bus connections. Critical hospital and emergency service workers have been arriving to work late. Hospitality workers have had to leave up to an hour earlier to get to work. Shoppers have abandoned Brisbane's CBD for suburban shopping centres. The Pacific Highway has been at a standstill for 4 consecutive days due to commuters shunning public transport. Queensland Rail (QR) keeps spouting the same spin "throughout the summer period we usually experience a drop in patronage, and we want to ensure we deliver a reliable service for our customers while also effectively managing our resources" which sounds like a broken record on repeat. QR's ongoing lack of drivers Rail Fail is a major embarrassment to Queensland, and is causing severe repetitional damage to Brisbane and SE Queensland. at home and abroad.

The New Generation Rollingstock (NGR) train project (managed by Department of Transport and Main Roads) is an absolute disaster, with the poorly designed "illegal" trains being forced into service by QR in a desperate effort to avoid Commonwealth Games catastrophe. The first two NGR trains have reportedly been moved into storage, with rumours that they may even be cannibalised for spare parts. Not enough NGR trains have even been ordered to maximise use of the existing train network. Given that the current ALP government has stated that they will not buy more foreign manufactured trains, then expect huge delays in the procurement and construction of new rollingstock whenever anyone in authority belatedly realises that there is a lack of trains again in the early 2020s. BrizCommuter is already predicting that there will be a lack of immediate service improvements when Cross River Rail opens due to lack of drivers and trains.

As predicted by BrizCommuter in late 2016, the Gold Coast 2018 Commonwealth Games (GC2018) is looking like it will be a dogs breakfast regarding transport. Commonwealth Games workers and volunteers are in the process of receiving their rosters, and in some cases making the final decision as to whether they can actually work or not. Unfortunately, QR have not released the timetables or even expected service frequencies so that these workers can plan how they will get to work. In fact QR are still in "planning" stages, leaving commuters in the dark as to how their train services will be affected. At this point in time, just 4 months out from GC2018, the following is unknown:

With workers and volunteers in the dark as to how to get to work for GC2018, BrizCommuter is expecting many dropouts between now, and possibly even during the games. This could impact the success of the GC2018 games, especially as some volunteers are critical to venues being open and athletes being in the right place at the right time. Spectators and workers may give up on using public transport, and just drive to the park and ride locations instead. This will add to congestion on the M1 Pacific Highway, which is likely to resemble a car park during GC2018. Transport for GC2018 is looking very troublesome and is likely to be a major embarrassment to Australia.

BrizCommuter is also not expecting the return of the 333 axed train services due to Rail Fail during 2018, as QR's net driver increase is currently around the zero mark. Expect Fridays to still confusingly have a different timetable to the rest of the network. The Queensland Government, TransLink, and QR will likely continue to hide train patronage, loading, and Rail Fail recovery statistics to avoid the awful truth. Some axed services may never return!

Is there any positive from Rail Fail? It would be hoped that if there is major embarrassment to Queensland and Australia during GC2018, that this may encourage a knee-jerk investment in public transport. However, as it seems that Queensland politicians have their head buried in a sea of spin and delusion (in particular, the LNP who wanted to dump Cross River Rail), expect SE Queensland's public transport to be a disaster for years to come. Things have reached rock bottom, and it will take a heavy crane to lift that rock!
Posted by BrizCommuter at 3:15 PM