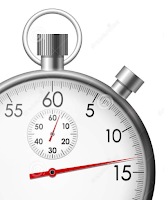 BrizCommuter has been bagging the Quirky Metro quite a lot recently, though this is entirely justified. BrizCommuter promises this will be the last post on this subject for a while. It has already ascertained that the capacity of the Quirky Metro will be less than the existing busway. But what about journey times?

In this article, BrizCommuter makes the following assumptions:

As expected the results are pretty damning towards the Quirky Metro. In all but one case the journey time via the Quirky Metro is slower than using the existing busways. This is mainly due to the forced change between bus and metro at Herston and Wooloongabba, but also due to the lower frequency of the metro at opening compared to the busway. Even with improved metro frequencies in the future (2 mins instead of 4mins), and taking into account buses being delayed compared to the timetable, there is no realistic justification for a $1.5b business case based on improving journey times. Delays along the congested busway could easily be resolved at negligible financial cost just by redesigning Brisbane's bus network, something that Graham Quirk and Brisbane City Council rejected in 2013, but has been achieved on other cities such as Auckland.

Team Quirk's claims of end to end journey times of 12 minutes is unrealistic and potentially misleading. This would result in an average speed of  35kph which would be closer to automated driverless metro lines with long station gaps, and no tight curves. The Quirky Metro would have multiple very tight, low speed curves, and is not driverless. However there are a few "higher speed" sections and reasonable station spacing. It should be noted that Team Quirk's average journey speed claim is more than 10% faster than the Ferny Grove Line which averages 31kph between Ferny Grove and Bowen Hills!

It should also be noted that Cross River Rail would be expected to take approximately 6 to 7 minutes to run between Wooloongabba and Exhibition (near Herston). This is less than half the time of the Quirky Metro.

In previous posts we have assessed that the capacity of the Quirky Metro is likely to vary between 4,500 and 14,300 (depending on calculation) compared to the existing busway with a capacity of 12,000 to 18,000 (depending on source of data). With less capacity and generally decreased journey times, any business case would surely have to be be in the realm of fraudulent? However, this is Brisbane where business cases for two toll road tunnels were made around overtly optimistic (and almost impossible) usage figures - be afraid! 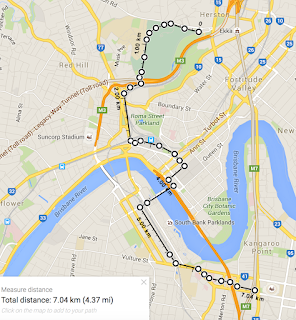 Posted by BrizCommuter at 8:31 PM