The Drive to Transport Failure 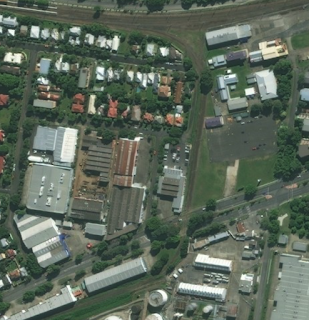 Just when you didn't think that transport policy in Brisbane could be any worse, it gets worse. The LNP Brisbane City Council have just announced that a contract has been signed on the rather unnecessary $650m upgrade of Kingsford Smith Drive. With the ALP threatening to scrap the project if they won the 2016 council elections, it had been thought that this project would have been delayed until after the election. However, Quirk and Co have decided to thrown away up to $650m anyway.

So why is this project a waste of $650m? Well, for starters the recently built Airport Link toll tunnel has taken quite a bit of airport to CBD (and beyond) traffic off Kingsford Smith Drive. Airport Link is now a considerably faster way of getting to the Airport.

Secondly, there has been no consideration for half-decent public transport to the Northshore Hamilton development which due to typical Brisbane transport failure will end up being heavily car reliant. For the same cost as widening Kingsford Smith drive, the existing and currently under-used Doomben Line could have been extended via a viaduct along an existing rail corridor (shown above) into the heart of the huge Northshore Hamilton development. A partial duplication of the Doomben Line, for which provision was carried out in the 1950s, would allow a 15 minute train service. Sadly, this transport corridor between Doomben and Northshore Hamilton has just been decommissioned and is expected to have to rails ripped up very soon. The passing loop at Ascot on the Doomben Line is also expected to be ripped up soon.

So instead of a "no brainer" one stop extension of rail into Northshore Hamilton, we will be seeing a  continuation towards car centric transport failure in Brisbane.