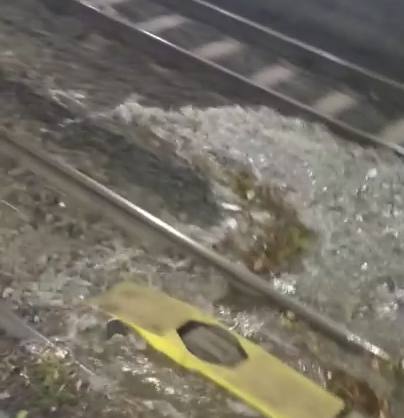 When something goes wrong on public transport, it is a good idea to tell the travelling public what is happen within a reasonable timeframe. Unfortunately, it seems that TransLink haven't quite got this memo. Here are three examples just from the last fortnight, why TransLink (and also at times Queensland Rail) need a huge kick up the posterior when it comes to providing information to long suffering SE Queensland commuters.

Signal Failure
QR's illogical policy of sometimes using one track pair through the CBD during the daytime always causes delays. However on this day, a signal failure was added to the mix. BrizCommuter's train from Bowen Hills to Ferny Grove arrived at Bowen Hills 5 minutes late. Due to a signal failure, it departed 19 minutes late. As QR were just utilising one track pair through the CBD, trains on all northbound lines would have been blocking back through the CBD. Unfortunately, TransLink didn't announce the delay on their website until 90 minutes later. No messages were received on MyTransLink app.

Cancelled Train
Just when Ferny Grove Line sufferers thought running 3-car units in the am peak or skipping stations in the pm peak are annoying enough, QR kindly cancelled a busy service. This time, TransLink managed to have a message on their website only 10 minutes after the train was scheduled to depart Ferny Grove. Unfortunately, the next advertised services was incorrect - can anyone at TransLink read a timetable? The message made it to MyTransLink app, just as the cancelled services would have reached it's terminus at Roma Street. A little bit late one thinks?

"That" Storm
Things can go pear shaped pretty quickly during wet weather and storms. However the rain event on Friday 1st May 2015 took the biscuit for lacking information. Around 4pm when TransLink's website showed all service as being normal (apart from the Caboolture Line), many commuters were already Facebooking and Tweeting that their trains were going nowhere quickly.

BrizCommuter was travelling home after 6pm, sat next to guards compartment, and could hear detailed messages going out about delays and operations (notably 15 minute gaps between trains through Fortitude Valley). Unfortunately none of that info was being passed on to commuters at CBD stations. Maybe QR were a bit embarrassed about Fortitude Valley station being taken over by a synchronised swimming team again? Many reports from around the internet, show that customer information during and after the storm varied from poor to non-existent.

The icing on the cake was passengers on the Caboolture and Sunshine Coast Lines being told "to find their own way home". Erm, doesn't that defeat the point of public transport? Only in Queensland!
Posted by BrizCommuter at 8:49 PM