When you thought that Brisbane's public transport governance couldn't get much worse than under the previous ALP administration, Campbell Newman's LNP state government has increased the amount of public transport policy failure.  This has been confounded with the news that Cross River Rail (which has been identified by the current ALP federal government as Australia's most urgent infrastructure project) may be dead in the water due to Transport Minister Scott Emerson not accepting initial funding from the ALP federal government, and likely next prime minister (and Medieval throwback) Tony Abbott promising to only fund road projects instead of rail.


VERDICT - EPIC FAIL (So incompetent, that BrizCommuter doubts that LNP politicians could work out how to get a shag in a brothel).

And as for Tony Abbott - the size of his rail project funding is proportional to what's in his speedos. 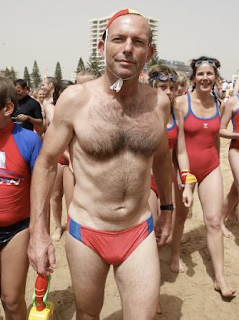 Posted by BrizCommuter at 8:06 PM