Does Brisbane have the world's best bus drivers? 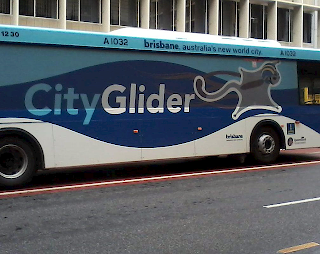 This will probably be the last blog post by BrizCommuter for a few weeks, and for a change BrizCommuter has something positive to say. Brisbane's bus drivers often get bad press, but BrizCommuter (who incidentally has used public transport in more than 50 cities, and on every continent apart from Antarctica) believes that despite a few bad eggs, the world's best bus drivers are in Brisbane. Why?


The high quality of Brisbane bus drivers is refreshing compared to London where BrizCommuter previously lived. In London, bus drivers were often rude, ignored passengers in wheelchairs, and had a lead foot on the accelerator and brake (often at the same time).  Is there anything that can be improved for Brisbane's bus drivers? BrizCommuter's main point would be to take care that buses don't run early at any point of the journey, which can happen during lighter than usual traffic conditions (e.g. school holidays, late at night). Also, always listen out for the bell!
Posted by BrizCommuter at 9:08 PM