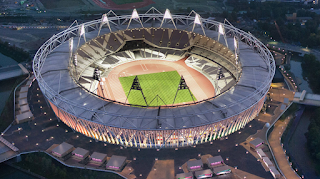 South East Queensland authorities are currently putting in a bid for the 2032 Olympics. Given SE Queensland’s mediocre public system, this is raising a few eyebrows. The is no question that there has been under investment in SE Queensland's public transport for decades. Significant infrastructure is required to move people around Brisbane, the Gold Coast, and Sunshine Coast during the Olympics and provide a well utilised legacy after the games.

An argument against SE Queensland holding the 2032 Olympics is that Brisbane gets more than its fair share of government spending. This is actually false, as most regions get more spending per capita than Brisbane. Thus there is little argument to oppose large investments in SE Queensland’s inadequate public transport system if it was chosen to host the games.

Multiple stadium sites have been proposed - re-building the QE2/QSAC stadium in Nathan, and various locations in the vicinity of (RNA) Brisbane Showgrounds, above Mayne Yards (Bowen Hills), and utilising the site of the Albion Park Raceway. QE2 does not have any nearby rail transport, and thus would rely on buses via the SE Busway and from Banoon station on the Beenleigh Line. This would be inadequate for Olympic sized crowds. The Exhibition/Mayne/Albion options would be within walking distance of (at least 2 stations out of) either Exhibition, Bowen Hills, and Albion with between 36 and 48 trains per hour per direction possible.  These stations may need capacity enhancements and dedicated walkways to the venues. The Mayne Yards option may be restrictive if any track layout changes are required in the future. It is likely that other venues would be spread throughout SE Queensland, in particular Suncorp Stadium, and multiple venues on the Gold Coast which hosted the 2018 Commonwealth Games.

Infrastructure that is essential for an Olympic legacy for SE Queensland (roughly in order of priority):

- North West Transportation Corridor (NWTC) / Trouts Road Line - this line would connected with Cross River Rail north of Roma Street and allow for a significant increase in capacity (24tph) to/from Sunshine Coast, Caboolture, and Redcliffe, as well improving public transport to many Northern Brisbane suburbs. If constructed with 4 tracks, it would allow for express regional services to/from the Sunshine Coast.
- Quadruplication of Gold Coast/Beenleigh Line corridor - parts of the Gold Coast/Beenleigh Line corridor should be quadruplicated to allow both express and local services to operate in both peak and counter peak directions. This would avoid the embarrassing closure of Beenleigh Line services that occurred during the 2018 Gold Coast Commonwealth Games, and allow for a high frequency express regional train services to/from the Gold Coast. Track re-alignment options also need to be considered in the Logan area where there are many low speed bends.
- Gold Coast Line Extension - the Gold Coast Line should be extended to Coolangatta Airport as originally proposed over a decade ago.
- Multiple network enhancements - to maximise network capacity the following projects need to occur - Cleveland Line duplication and use of freight track in peak direction; Sandgate to Shorncliffe duplication, 4th electrified track Corinda to Darra with 4th platform at Oxley, duplication of the Doomben Line with extension to Hamilton Northshore.
- Caloundra/Maroochydore Line - this line (CAMCOS) has long been talked about, and the NWTC would allow for a frequent express train service from the Sunshine Coast to Brisbane. Optimally the line would terminate at Sunshine Coast Airport, but this may not be cost effective.
- Multiple level crossing removals - significant effort needs to be put into eliminating a large number of high priority/dangerous level crossings as has recently occurred in Melbourne.
- Salisbury to Beaudesert Line - this would allow for train services to many South Brisbane suburbs and the new developments along this rail corridor such as Greater Flagstone. A grade separated junction would be required at Salisbury.
- Springfield Line extension - the Springfield Line should be extended at least as far as the new town of Ripley. Optimally it should be extended to Ipswich.
- Purpose build bus interchanges are critical for Olympic venues. To avoid the farcical bus queues that occurred during the 2018 Gold Coast Commonwealth Games, there needs to be purpose build bus interchanges serving the venues and nearest train stations (where applicable). Suncorp Stadium is a good example of well designed infrastructure, where pedestrians and buses are grade separated. The Eastern Busway should be extended as a transitway to service Chandler where multiple Olympic sports are likely to be held.

Let’s hope that if SE Queensland is selected to host the 2032 Olympic Games, that it results in Brisbane and SE Queensland getting the public transport infrastructure that an Olympic hosting city deserves.

Posted by BrizCommuter at 5:42 AM