The End of RailFail is Nigh! 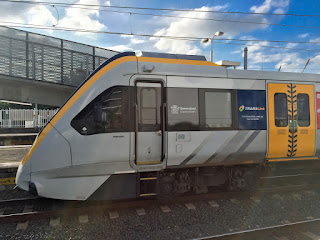 After exactly 1000 days of Rail Fail (#RailFail), Queensland Rail (QR) has finally announced that they will be restoring the axed services from 29th July (presumably 2019). According to the spin merchants at TransLink:

Changes to the train network will include:


Yet again, it needs to be clear that these are "restored" train services, not "extra" train services. Whilst the resolution of Rail Fail is good news, the fact that it took Queensland Rail more than 1000 days to recover from the destructiveness of the LPN Newman government is totally unacceptable. The ALP state government and Unions needs to take responsibility for the slow recovery. The lack of transparency as to when Rail Fail was to end was also unacceptable. On top of the lack of driver issue, the lack of trains issue (3-car peak services) has been a chronic issue since January 2014 timetable, over half a decade ago.

Now that the October 2016 timetable is due to be restored, there are still big questions that need to be answered:

Posted by BrizCommuter at 5:30 PM