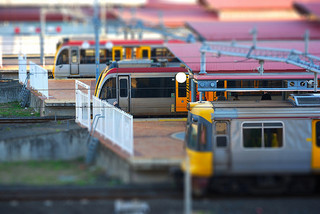 Before BrizCommuter heads into hibernation, what is the state of play?