The Queensland Rail (QR) Quiet Carriage has always been a bit of a joke. Quiet carriages are never really suited to commuter rail lines, rather being suited to long distance journeys. The QR Quiet Carriage is not enforced, other than by angry, obese, aisle seat hogging, middle aged women. Families with screaming kids often end up the carriage as there are no pram spaces in adjacent carriages. Commuters with resonating headphones may end up in the carriage as it may the only one they can get a seat in. Really, it's a complete waste of time.

Just to prove this, BrizCommuter performed a highly scientific study, using a sound meter on his iPhone 6 between adjacent stations on the same train service to measure sound pressure level (dB). The train, just in case anyone cares, was an ageing EMU.

Not the 'Quite Carriage' peak volume - 90dB 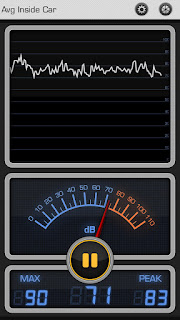 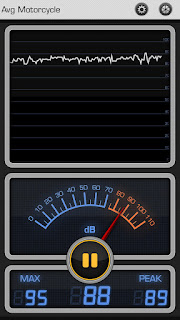 The Quiet Carriage was actually noisier in both peak volume and max volume. The app used didn't provide average figures, though the it is quite likely that this was also higher in the Quiet Carriage. In this case, this possibly due to the quiet carriage being group of teens with Downs Syndrome, station announcements cranked up to maximum volume, and whining motors. Thus BrizCommuter concludes that the QR Quiet Carriage is indeed a waste of time.

Maybe QR should better spend their time eliminating aisle seat hogs and ladies who think their handbag can have it's own seat?
Posted by BrizCommuter at 6:37 AM