Whilst SE Queenslander's fork out their life savings to use public transport, lucky delegates of the G20 have been given go cards for free travel during the week (Monday 10th November to Monday 17th November). However, BrizCommuter doubts that most delegates would even consider using public transport is as they ride around in their chauffeur driven limousines between meetings, dinners, casinos, brothels, and in the case of Tony Abbott and Vladimir Putin - getting down on the dance floor of The Beat. Thus most if these free go cards will probably go to waste.

As BrizCommuter is more important in world politics than Obama, here is an exclusive look at BrizCommuter's G20 go card. 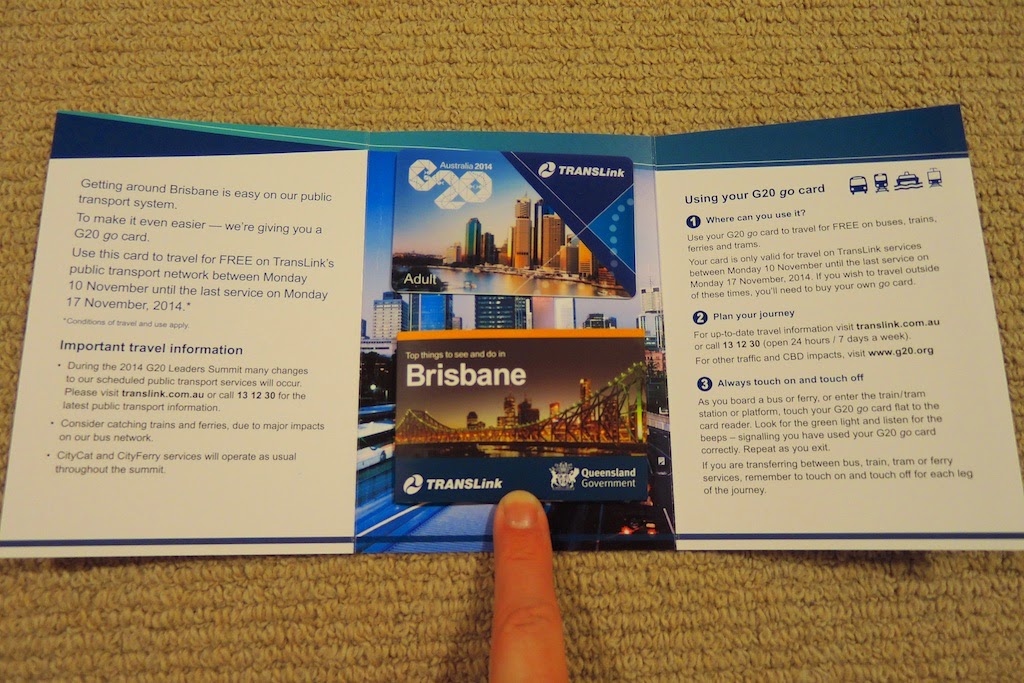 The go card comes in a nice pack with a "Top things to see and do in Brisbane" guide, and a bit of travel information (which should just say don't bother with public transport during the G20). 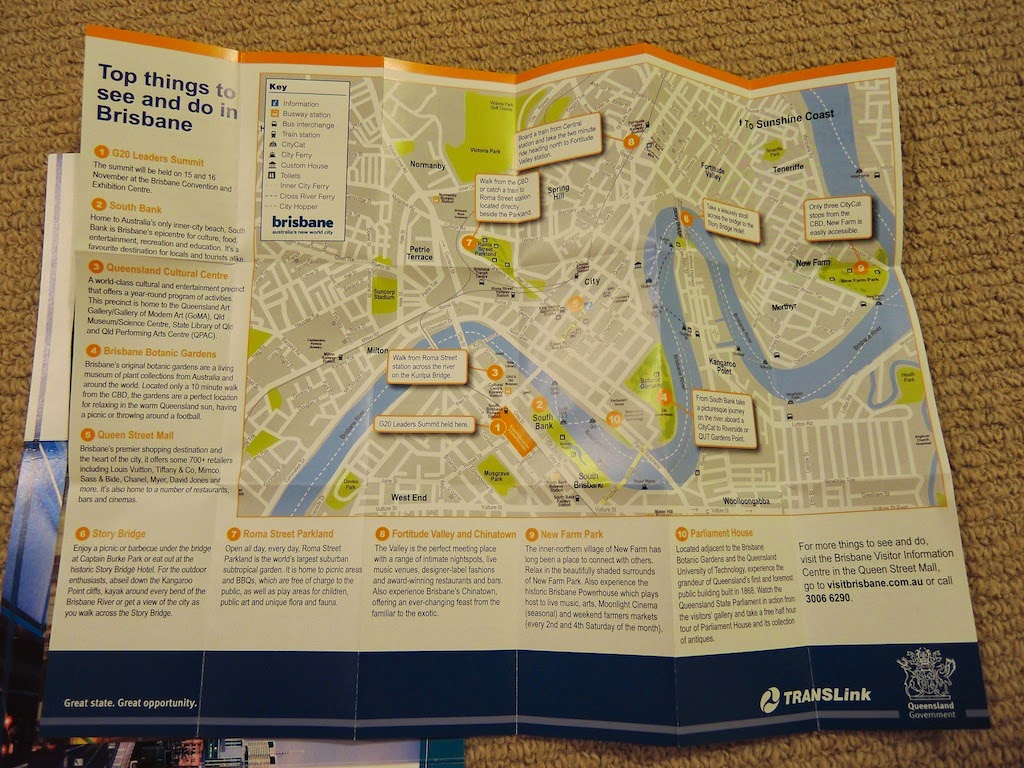 The "Top things to see and do in Brisbane" guide strangely mentions no commercial properties except for the Story Bridge Hotel, twice. Strange! 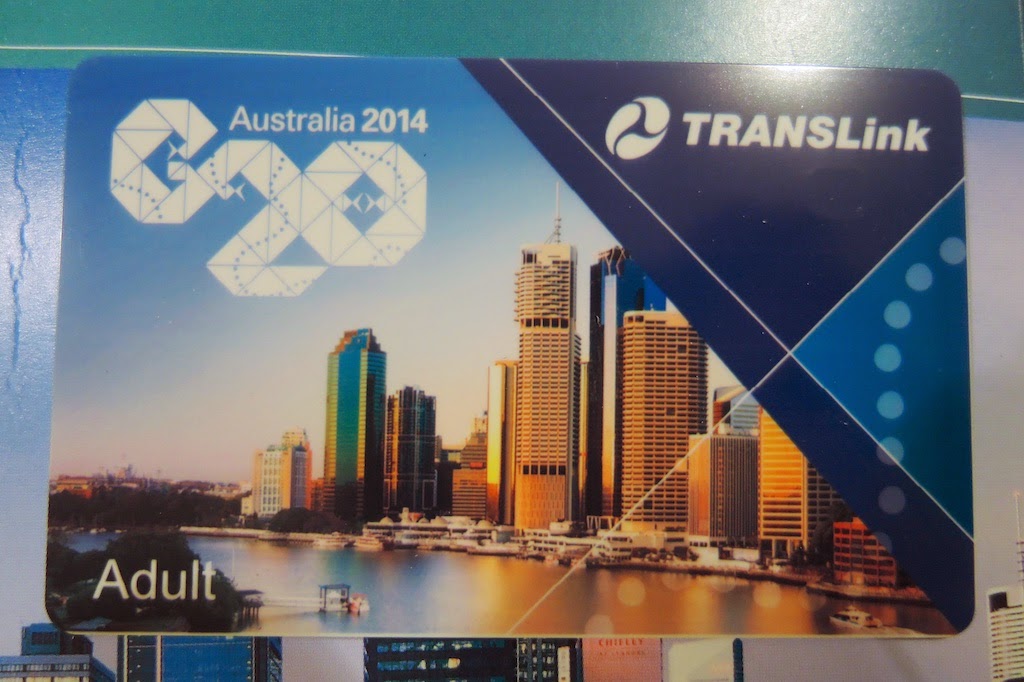 Here is one of the "limited edition" free travel G20 go card that will no doubt end up in the bins of 5 star hotels in large numbers.
Posted by BrizCommuter at 6:57 PM