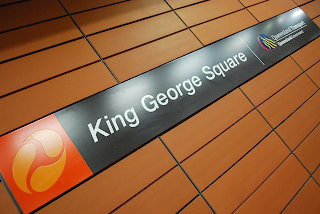 The SEQ Bus Network Review is now in the first stage of public consultation, having just finished bus operator consultation. A survey to complete is on TransLink's website (until Sept 23rd) - link below:
http://jp.translink.com.au/travel-information/service-updates/details/1346370543

There is little question that SE Queensland, and in particular Brisbane requires a total re-design of it's bus network. Reasons and potential solutions include (in no particular order):

BrizCommuter has serious concerns that instead of the required total bus network re-design, we may just see a half-baked and short-sighted review of bus routes. Reasons for this thinking include:

So how does the survey fare? Sadly, as to be expected from TransLink, it is an epic fail. The survey only asks about "your most used bus route" instead of all buses used. Most questions provide information that TransLink can obtain from go-card data anyway. Whilst there is a free text box at the end for comments, the survey is next to useless to allow TransLink to learn about how and why people use or don't use particular bus routes. Questions on the acceptability of bus route frequency, service hours, journey time, and alternative transport modes are completely missing. It appears to be a very shoddy attempt at making it look like TransLink are consulting public transport users. BrizCommuter is very concerned about where this review is heading!

For anyone who wants further reading on how to re-design a bus network by an expert - the blog linked below is an interesting read:
http://www.humantransit.org/2010/05/basics-should-we-redesign-our-bus-network-and-how.html
Posted by BrizCommuter at 8:07 PM